Opinion: Unsustainable debt has always impeded development; it’s time to write it off 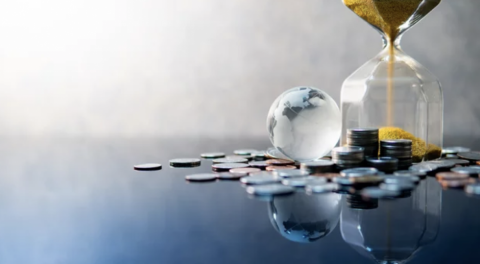 The ability of governments to provide basic public services, and ensure the fulfillment of economic, social, and cultural rights has been increasingly hampered by indebtedness; leaving them virtually unable to respond to major crises. Powerful countries that control international financial institutions, like the IMF, can allow these economies to meaningfully respond; they just need the will.

For centuries, and due to colonial legacies of inequality, Global South governments have been indebted to powerful actors. In 1825, France forced a newly-independent Haiti to pay between 20 and 30 billion of today’s US dollars in compensation to the French slave-owners it had overthrown less than two decades prior. It took the country 122 years to honor that crippling debt, leaving what used to be the most lucrative colony on earth unable to develop basic health and education infrastructure. Haiti never managed to get out of that debt spiral: in 2019, it spent over three times more on repaying its debts than on social services.

But this is far from being an isolated case. In 2019, 64 low and middle-income countries spent more on debt service than on healthcare; with 25 countries (one in eight!) spending more on repaying loans than on education, health, and social protection combined. Loan conditionalities put in place by international financial institutions (IFIs) like the International Monetary Fund (IMF) also forced developing countries to implement drastic austerity measures and cuts to social expenditure. This effectively dismantled their public health sector and left them unable to cope with major crises and health emergencies, like the COVID-19 pandemic. In early 2020, South Sudan had only four ventilators for its 11 million population. The year prior, it had spent over 11 times more on debt service than on social services.

The impacts of debt have been felt similarly in the Global South. The COVID-induced recession forced many developing countries to take out more loans, further building up their debts. According to the World Bank, the debt burden of more than 70 low-income nations increased by a record 12% to USD 860 billion in 2020. In 2022, the poorest countries will still face USD 35 billion in bilateral and private debt-service payments – a 45% increase from 2021. Although most countries responded to COVID-19 by indebting themselves, the crippling effect of this coping strategy will be most felt by the developing world. Many African, Latin American and some Middle Eastern countries commonly pay more than 10% interest on their loans while richer nations can pay 1% or less.

In September 2021, a study led by the Pathfinders for Peaceful, Just and Inclusive Societies found that over 100 countries were at risk of harsh fiscal consolidation by the mid-2020s, which will likely translate into further cuts to social expenditure. Trapped in this cycle of debt, developing countries will continue to prioritize debt servicing over public services; while loan conditionalities will continue to cause further economic decline and loss of national autonomy. Within the context of multiple and intersecting crises such as the COVID-19 pandemic, climate disaster, crises of democracy, and natural disasters, the need to cancel debt is more urgent than ever. However, efforts in that sense have stalled.

In November 2020, the G-20 launched the Common Framework, a debt reduction program to reorganize the debt of countries in danger of default. However, the European Network for Debt and Development warned that the initiative failed to deliver on debt cancellation, and will ultimately force the countries in need to implement painful austerity measures to meet unpayable creditor claims. Worse, the G-20 failed to require the mandatory participation of the IMF, the World Bank, and other multilateral development banks, as well as the private sector--whose share of the foreign debts of low and lower-middle-income countries increased from 25% in 2010 to 47% in 2018--in debt relief efforts. Over a year later, no progress has been made. Only three out of about 70 eligible countries have applied; Ethiopia had its credit rating cut just for doing so.

More ambitious action is therefore needed to break this harmful cycle of debt, including through extensive debt cancellations and restructuring in a way that does not hamper the beneficiaries’ ability to develop strong public services. Countries that have the most control over IFIs must abide by this reality and empower these institutions to play a leading role in that process, including by abandoning loan conditionalities that promote austerity. The private sector has made it clear that it would not participate willingly in debt relief efforts: from May 2020 to December 2021, only one private creditor took part in a G-20 initiative to temporarily suspend debt repayments during the COVID-19 pandemic. Binding international mechanisms should therefore be put in place to ensure its compulsory participation. For too long, unsustainable debt has been holding the Global South back. It is time to break the cycle.