The International Network for Economic, Social and Cultural Rights (ESCR-Net) involves over 250 Members in 68 countries, together building “a global movement to make human rights and social justice a reality for all.” 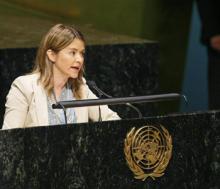 In January, the Adjudication Working Group and the NGO Coalition for the OP-ICESCR will facilitate workshops in Nepal, from 13-15 January. The ESCR-Net Board will meet in Mexico City, from 27-28 January. A meeting for Members in Mexico will be organized on the afternoon of January 28. If you are in New York City or Montevideo, please let us know and visit the Secretariat.

Follow us on Twitter: @ESCRNet and @opicescr - the NGO Campaign for the Optional Protocol to the ICESCR.