S’bu Zikode is founder and President of Abahlali baseMjondolo Movement in South Africa, which has more than 50,000 dues-paying members. In December 2009 Bishop Rubin Phillip conferred the Order of the Holy Nativity on him. He was the first non-Anglican to be honored in this way. In 2013, 2014 and 2018, S’bu has been forced into hiding after several attempt to his life were made by senior city government officials, the police and local ANC councillors. S’bu. survived car accidents after his car was tampered with in May and June 2018. He believes that real progress on urban and rural issues can be made when there is an agreement that the social value of land must come before its commercial value. He believes that practical steps that can be taken include ensuring that all new housing developments are in well located areas. He believes that all shack settlements should be provided with services and support while they wait for housing and permanent solution. That we take seriously the participatory in situ-upgrades are better than forcing people to rural dumping grounds. We must ensure that both transit camps and corruption are eradicated with immediate effect. It is important that all new developments are co-designed with the people that will live in them. He was elected to the ESCR-Net Board in 2018, and is engaged in the Economic Policy and Social Movement Working Groups.

Binota Moy Dhamai has more than 15 years of experience in the Indigenous Peoples rights movement, network building, campaign and advocacy, in the national, Asia regional and international forum. He is a member of the Jumma-Tripura, one of the indigenous peoples of the Chittagong Hill Tracts in Bangladesh, where he was a student leader facing land dispossession and armed repression. He led as Coordinator the Asia Indigenous Peoples Caucus (2009-2014) to the United Nations Permanent Forum on indigenous issues (UNPFii), and the UN Expert Mechanism on the Rights of Indigenous Peoples (EMRIP) of the UN Human Rights Council. From 2013 to 2014, he represented Asia indigenous peoples group to the Indigenous Global Coordinating Group on the UN World Conference on Indigenous Peoples 2014. GCG was the political decision-making body with regard to indigenous peoples’ engagement at the WCIP 2014 processes which concluded in September 2014 in New York by the UN General Assembly. Dhamai is currently serving as the Member of AIPP Executive Council (Chair, Human Rights Program Committee) and a Member of the Board of Trustee (current Chair) of the UN Voluntary Fund for Indigenous Peoples. He has been representing AIPP in the ESCR-Net since 2016 and been actively engaged through with Social Movement Working Group and Economic Policy Working Group, as well as providing support to AIPP representative to the ESCR-Net Women Working Group and Corporate Accountability Working Group. He was elected to the ESCR-Net Board in 2018.

Shailly Gupta Barnes is the Policy Director at the Kairos Center for Religions, Rights and Social Justice. She coordinated and edited the Souls of Poor Folk: Auditing America report for the Poor People’s Campaign: A National Call for Moral Revival, working closely with the Institute for Policy Studies. This report looked at the evolution of the key themes of the Campaign over the past 50 years and its findings informed the current Campaign’s Moral Agenda and Demands. Originally from Chicago, Shailly has a background in law, economics and international development and has spent the past 14 years working with and for poor and marginalized communities: as a Peace Corps Volunteer in a rural farming village in Niger; as part of the legal team that successfully fought for Colombian waste pickers’ rights in the Constitutional Court of Colombia; with the Poverty Initiative and its network of grassroots religious and community leaders; and today with the Kairos Center and the Poor People’s Campaign: A National Call for Moral Revival. Her understanding of justice, morality and liberation draws on her Hindu and Jain background and her close engagement with communities of struggle. Shailly has been actively engaged in ESCR-Net’s Social Movement and Economic Policy Working Groups, together with other members of the Kairos Center.

Maha Abdallah, moderating, is a Legal Researcher and Advocacy Officer at Al-Haq, a Palestinian non-governmental human rights organization. She focuses on corporate accountability and business and human rights in conflict-affected areas and occupied territory; primarily the role of corporations in the unlawful exploitation of natural resources, complicity and involvement in human rights abuses. In November 2017, Maha received her LL.M. in International Human Rights Law from the Irish Centre for Human Rights. Prior to that, between July 2013 and August 2016, Maha worked as a Research Associate at Al-Haq. In 2013, Maha graduated from The American University in Cairo with a Bachelor’s Degree in Political Science, specializing in Public and International Law, and minors in History and Economics. Following her undergraduate studies, Maha joined the Africa and Middle East Refugee Assistance in Cairo as an intern legal advisor for six months, where she worked with and represented refugees from different parts of the world. Maha was elected to the ESCR-Net Board in 2018, and serves on the Project Advisory Group of ESCR-Net’s Corporate Capture Project and on the Conflict and ESCR Advisory Group. 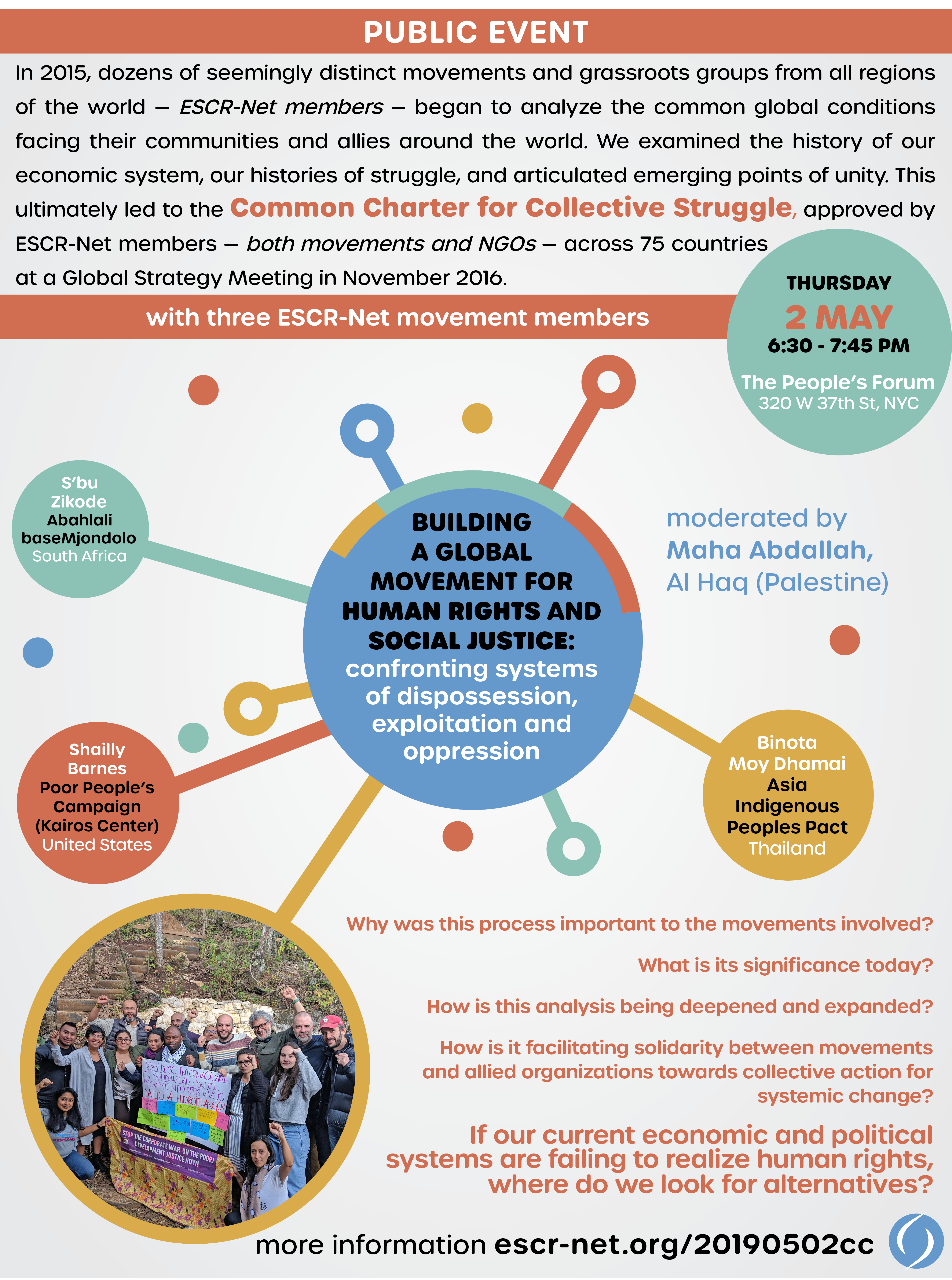