Regulatory initiatives on business & human rights: Where are the victims? By Surya Deva

The ‘scope’ of a binding treaty on business & human rights should be determined with reference to how it could empower victims in strengthening corporate accountability.

Controlling the propensity of companies to externalise risks and maximise profit even to the detriment of other common goods has been a real regulatory challenge for centuries. For example, the British Crown struggled to control the British East India Company, which was issued a royal charter in 1600, from indulging in what would beregarded as human rights violations today. 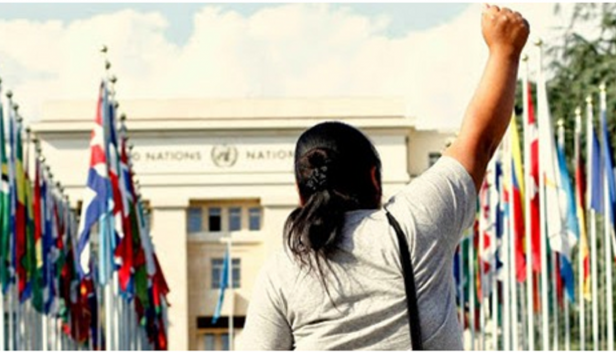 It seems that most of the current regulatory initiatives have not attempted to address these asymmetries at a deeper level. One reason for this unsatisfactory state of affairs is the inadequate attention paid to victims and their aspirations in regulatory discourse on business and human rights. Victims – as bearers of human rights and sufferers of corporate activities – should be central to any regulatory initiative aimed at controlling corporate conduct, rather than featuring in the process mostly as rhetorical subjects or used as a legitimacy tool in consultations.

Let me take one popular regulatory initiative (the Guiding Principles on Business and Human Rights) and another well-known proposed initiative (negotiating an international legally binding instrument as per the Human Rights Council resolution 26/9) to illustrate this point.

Despite all the positives and potentials, the Guiding Principles consciously employ the terminology and tools which are not sensitive enough to victims or their needs. The Guiding Principles, in fact, do not use the term ‘victims’ at all. Nor do they frame corporate human rights abuses in terms of ‘violations’. Rather the language of ‘impact’ and ‘risk’ is used. This is more than semantics because ‘violation’ denotes breach of an obligation to protect a (human) right held by victims. The choice of the ‘impact-risk typology’ over the ‘violation typology’ devalues victims’ experiences and shifts the focus away from corporate conduct.

Moreover, while Commentary on Principle 26 acknowledges various barriers to accessing judicial remedies experienced by victims, the Guiding Principles do not provide concrete guidance to states as to how these barriers could and should be removed. Equally problematic has been to sell due diligence under the second pillar as a tool to avoid risk to ‘companies’ rather than to potential ‘victims’. Unlike due diligence in the commercial context aimed at safeguarding self-interests of businesses, human rights due diligence is directed at protecting the interests of victims.

I now review victim-friendliness of the process of negotiating a binding treaty. Resolution 26/9 establishes an open-ended intergovernmental working group (OEIWG) ‘to elaborate an international legally binding instrument to regulate, in international human rights law, the activities of transnational corporations and other business enterprises’. Hundreds of civil society organisations (CSOs) have formed a Treaty Alliance to garner support for this resolution and continue the push for a treaty. This is a welcome development in that victims’ voices channelled through CSOs are informing the regulatory debate, thus prodding international (human lights) law to move beyond its excessively state-centric focus.

However, there are other aspects of the process that cannot be described as supportive of victims’ quest to end corporate impunity for human rights violations. First of all, the opposition of several states, mostly from the Global North, to the proposed treaty is baffling. If these states are supportive of the Guiding Principles and human rights generally, should they be not facilitating the evolution of binding norms at the international level? The opposition of certain states to the treaty process, in fact, pits them against their own people whose human rights they are duty-bound to protect, including from the activities of private actors.

Second, the footnote in the HRC resolution which tries to limit the scope of the treaty to TNCs and other business enterprises with a transnational character is problematic. It is a mistake to think that only TNCs trample human rights or that a treaty is needed to regulate only ‘transnational activities’ of business enterprises. In fact, any such attempt will infringe the principle of non-discrimination: for victims, the form or size of the corporate actor does not really matter.

Third, although limiting the treaty scope to ‘gross human rights abuses’ may be politically pragmatic, such a narrow scope will not be able to capture most of the human rights violations that occur as a result of business activities, especially in relation to social, economic, environmental and cultural rights. Why should the displacement of indigenous people for mining, emission of (and/or exposure to) hazardous chemicals, compulsory pre-employment pregnancy testing of women, and illegitimate land grabs by companies be taken less seriously than slavery or genocide?

We need a legally binding international instrument not for the sake of it, but to fill governance gaps left by the existing regulatory initiatives. Therefore, the ‘scope’ of the treaty should be determined with reference to how it could empower victims (or states for that matter) in strengthening corporate accountability.

What could be done to bring back victims to the core of business and human rights regulatory discourse? As many governments – including of democratic states – suffer from corporate capture and lack legitimacy to represent all sections of society, they should provide more space for CSOs’ voices to compensate for democratic deficits. On the other hand, policy makers, academics and corporate executives would benefit from ‘experiential learning’: they should come out of their offices and spend some time with the affected communities to experience their sufferings. In short, let the contours of the treaty be shaped by victims’ regulatory needs.

Surya Deva is Associate Professor, School of Law, City University of Hong Kong; Editor-in-Chief, Business and Human Rights Journal. Prof Deva has published extensively in the areas of business and human rights, and corporate social responsibility. He is a member of the Expert Legal Group, ESCR-Net/FIDH Joint Treaty Initiative.