What would you put in a treaty on human rights and business? 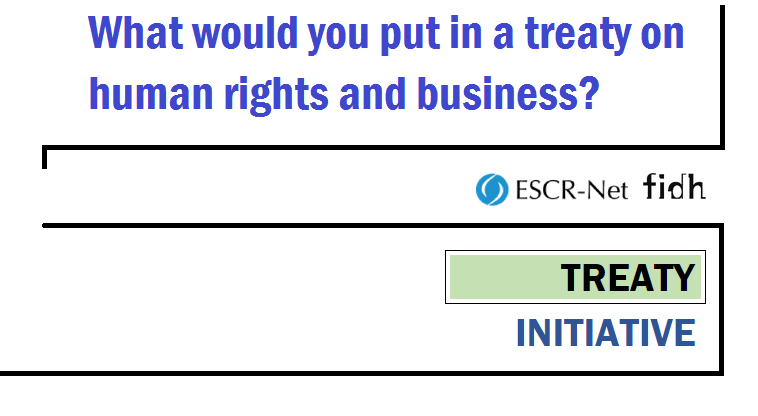 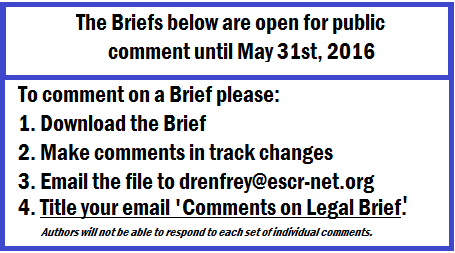 Further stages in the process of developing more detailed proposals on these issues will be updated to this website in the coming months, in the lead up to the October 24-28 meeting of the UN Intergovernmental Working Group on transnational corporations and other business enterprises.

About the Treaty Initiative

The primary goal of the Treaty Initiative is to ensure the priorities of civil society organisations (CSOs) are taken into account during the UN's discussions to design a treaty to address corporate-related human rights abuses.

During May we're encouraging CSOs and academics to provide comment on the briefs listed below, which contain options for how a treaty might address key issues in different ways.  These key issues have arisen during consultations the Treaty Initiative has held with CSOs, members and partners of ESCR-Net and FIDH, in Asia-Pacific (May 2015) and Africa (October 2015), and will also soon be debated by CSOs in Latin America between May 15-17, 2016.

The briefs are the first in a two step process to develop 'Building Blocks' that discuss options for how key issues for the treaty could be addressed in various ways, in line with the priorities of CSOs.  The input received on the briefs from CSOs and academics will help determine the positions contained in fuller proposals on each issue, which are the second step in the process of developing building blocks.  Whereas the briefs contain more options for consideration, the proposals will refine these options into more defined proposals around a commonly agreed way forward on each issue.  The proposals will form the basis for ESCR-Net's submission to the UN Intergovernmental Working Group meeting in Geneva in October 2016.