Movimento dos Atingidos por Barragens (in English, Movement of those Affected by Dams) is a popular, independent, mass, grassroots movement that attempts to organize those threatened or affected by dams, in general hydroelectric dams. It is a movement that fights to guarantee the rights of these populations, principally to land, forcing and contributing to the construction of a new, alternative, popular energy model for Brazil.

For 20 years, MAB has been growing with the integral participation of those affected in the life of the movement. Those who are affected by dams: peasants, small farmers, the landless, indigenous people, fisher people, "ribeirinhos" (communities that live along the riverbanks), and "quilombolas" (black communities), mineral miners, as well as urban populations. In Brazil, there are more than one million people forced from their lands, homes, and communities due to the dictatorial way in which dams are built. Currently, MAB is a national organization, present in 15 states of the country, and their grassroots work is a constant challenge to increase their organization and the consciousness of the struggle. MAB understandsthat organized struggle and the leading role of the masses is the motor for the transformation of their country’s reality. Therefore, training and informing the population affected or threatened by dams is the main tool for the conscious struggle in the construction of a Popular Project for Brazil. MAB considers the struggle of those affected by dams to be part of a greater struggle of the excluded working class in the construction of a new society and a Popular Project for Brazil. The capitalist, neoliberal model of society has increased social exclusion and the concentration of wealth, including water and energy, into the hands of a few. They need to build with the people, the project of the people, based on new values and principles. 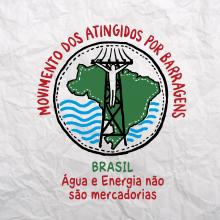