The Egyptian Initiative for Personal Rights (EIPR) was established in 2002 to complement the work of other Egyptian human rights groups by adopting as its mandate, and focus of concern, a group of rights and freedoms that are closest to the human-being: his/her body, privacy and house. These rights often are ignored or overlooked. We believe that the crucial importance of public freedoms and political rights must be grounded in an understanding of the indispensability of full protection for personal rights.

EIPR activists share a notion that the individual is not reducible to a mere component of the community or the State. Therefore, responsibilities and duties that result from the individual's belonging to his/her community and State should affirm, not destroy, the individual's capacity to make choices and maintain independence as a free entity.

Each member of society deserves respect for her or his personal dignity and integrity. Thus, we aim to explore the line between private and public in the lives of individual members of community and society, while realizing the interrelation and interdependence of these two spheres. We also attempt to promote a debate about the State's legitimate powers and the areas it should not invade while undertaking its legitimate responsibilities to protect people from abuse. 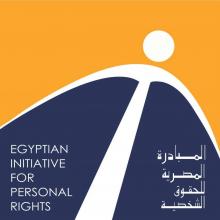