The People's Health Movement (PHM) is a network of networks of grassroots health organizations, and individuals committed to the principles of the Alma Ata Declaration of Health For All Now. It has a presence in over 70 countries and a prominent advocacy role with the UN and other international organizations. Since 2006, it has been carrying out a global right to health campaign.

PHM is working as a global Right to Health and Healthcare campaign (RTHHC), which involves coordinated national and international level action. The overall idea of the campaign is to change the international approach to health and development, and, via a 'Global Action Plan on the Right to Health Care,' convincingly show how quality essential health care services (based upon the Alma Ata Primary Health Care model could be made available now to every human being on earth, provided certain key reallocation of priorities and resources. PHM will use a consultative process in about 40 countries to involve thousands of people in making this demand.

Additionally, PHM is involved with the CSDH, with the UN Special Rapporteur on the RTH, with the World Health Organization (WHO) on redefining PHC in the 21st century. It runs a people health to train its future cadres; the next session is in Bangladesh.

In 2005, the PHM launched its International People's Health University (IPHU), the main education and research arm of the PHM globally. It aims to contribute to 'health for all' by strengthening people's health movements around the globe, by organizing and resourcing learning, sharing and planning opportunities for people's health activists, particularly from Third World countries.

In cooperation with Global Equity Gauge Alliance and Medact, the PHM is developing updated editions of the Global Health Watch (GHW) every 2-3 years. The GHW is an alternative World Health Report, a hard-hitting, evidence-based analysis of the political economy of health and health care - as a challenge to major global bodies that influence health. It is a collaboration of leading popular movements and nongovernmental organizations comprising civil society activists, community groups, health workers and academics. Its monitoring of institutions including the World Bank, the WHO and UNICEF reveals that while some important initiatives are being taken, much more needs to be done to have any hope of meeting the UN's health related Millennium Development Goals. 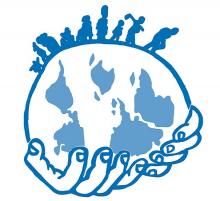