Tierraviva a los Pueblos Indigenas del Chaco is a non-governmental organization, founded in 1994, with the aim of supporting indigenous peoples, particularly those in the Chaco region of Paraguay, in order to achieve the full exercise of their rights recognized by the Constitution, national legislation and international conventions ratified by the Paraguayan State. Tierraviva works for the preservation and development of ethnic identity of indigenous people, their right to communal ownership of land that is sufficient in quality for conservation and development of their distinctive ways of life, and respect for their cultural distinctiveness.

Tierraviva's strategies include following up cases of complaint to the Inter-American Commission on Human Rights and the Inter-American Court of Justice; continuation of old legal and administrative cases to claim land for indigenous communities; training, information and awareness, directed at leaders, community leaders and advocates  of indigenous youth of both sexes; monitoring and supporting the  strengthening of  indigenous organizations; publication and dissemination of reality, indigenous needs and demands; and lobbying politicians and members of the National Parliament. 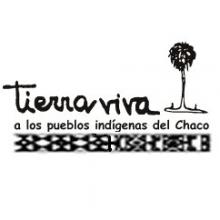