Following a recent fact-finding mission in Umerkot District of Pakistan, the Pakistan Fisherfolk Forum (PFF) denounced the killing of an 11-year old boy by armed men in the Amanullad Shar village. The boy belonged to a community of peasant laborers who have been confined to the town of Kunri by the local landowner for many years. 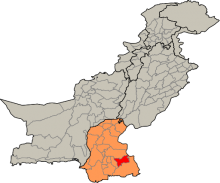 According to the PFF, the child was part of a family that, four years ago, recieved a piece of land from the local landlord in order to cultivate it as sharecroppers. While they worked producing chili, cotton, sunflower, wheat and vegetables, their landlord denied them their share of grains and cash, alleging that their production was insufficient. In an effort to realize the right to work, the right to food and the right to an adequate standard of living, the peasant workers filed a petition in the District and Session Court in Umerkot, which determined that they should be allowed to leave their workplace and move to any other place they wish.

Following the ruling, the farmers began to collect their belongings in order to move their families. At that point, according to the PFF, three young men , including a police constable, took guns and started indiscriminately firing at the peasants. Reports received allege that the policemen watched the attack against the peasant laborers  and did nothing to intervene, even as an 11-year-old boy was killed. The boy’s  sister Devi was also reported injured during the attack, as was his father.

Following their visit to Kunri  and the investigation that they carried out, the PFF has issued the following recommendations:

Bonded labor in Pakistan, including its agricultural sector, has a long history. Between one to two million people are estimated to toil as bonded laborers in Pakistan today. In spite of several laws that have been passed to provide protection for these workers and prohibition of slavery and forced labor under the Constitution of Pakistan, these laws have not been adequately enforced, leading to serious gaps in their protection from the arbitrary treatment by influential landlords and other rural employers.

In 2001, the federal government approved a National Policy and Plan of Action for the Abolition of Bonded Labour and Rehabilitation of Freed Bonded Laborers. However, little has been done to eradicate this serious human rights issue in the country to-date.