SERI publishes report on the persistence of Apartheid in South Africa

The Socio-Economic Rights Institute of South Africa (SERI) published the results of a research on the relationship between a person’s place of residence and their chances of getting a job in South Africa’s major cities.

Edged Out: Spatial Mismatch and Spatial Justice in South Africa’s Main Urban Areas presents overwhelming evidence of unjust urban planning in South African cities. It finds that housing for the poor tends to be located far away from job opportunities. This creates a poverty trap, in which poor people are confined to residence in areas least likely to provide them with the opportunity to get a job and support themselves. 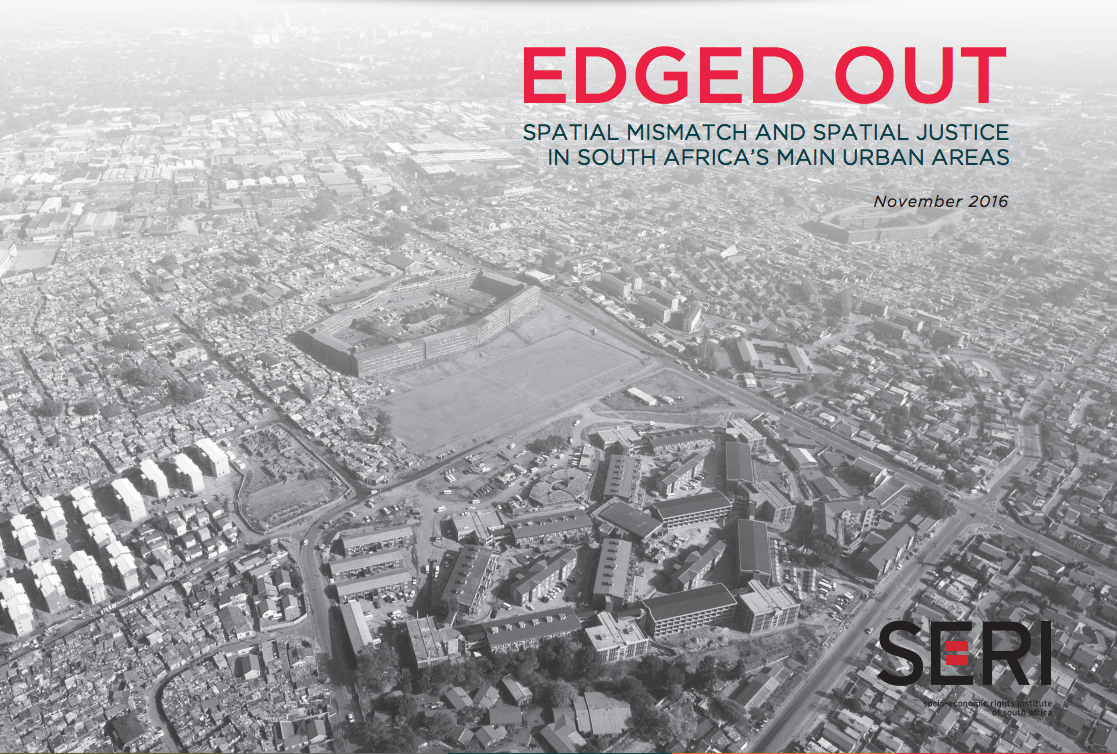 This means that South Africa’s cities are exclusionary spaces where the combined influences of unchallenged market forces and an Apartheid past mean poor people are confined to urban peripheries, perpetuating the chronic disadvantage experienced by most South Africans.

But cities are also places of great dynamism. Properly regulated, socially responsible development can help lift people out of poverty. Given the overwhelming evidence of spatial mismatch demonstrated in the report, SERI calls on all levels of government to intervene in housing and land markets to provide well-located and affordable housing for the poor. This will be central to dismantling the “Apartheid city”, and moving towards spatial justice in urban areas.