ESCR-Net member Minority Rights Group launched a four-years campaign to support the voices of minority and indigenous communities on the ground to gather evidence of persecution, discrimination and exclusion, build international support, and bring their cases to officials and decision-makers.

As religious and ethnic persecution is rising across the world and forcing an unprecedented number of people to flee their homes, official statistics in the US, Britain and in other countries across Europe show a dramatic increase in hate crimes against minorities last year.

Minority Rights Group International believes that the root causes of persecution are being ignored and that governments need to take action. As many migrants are pushed out of their homes by hatred and discrimination, political leaders need to defend fundamental rights and respect diversity.

The campaign aims to build links between people across barriers, borders and cultures. Mutual respect between religious groups can only happen when minority and indigenous voices are empowered, supported and respected. This means actively listening to the voices of women, in particular, and ensuring that indigenous peoples have the final say in how their lands are developed and their environment protected. 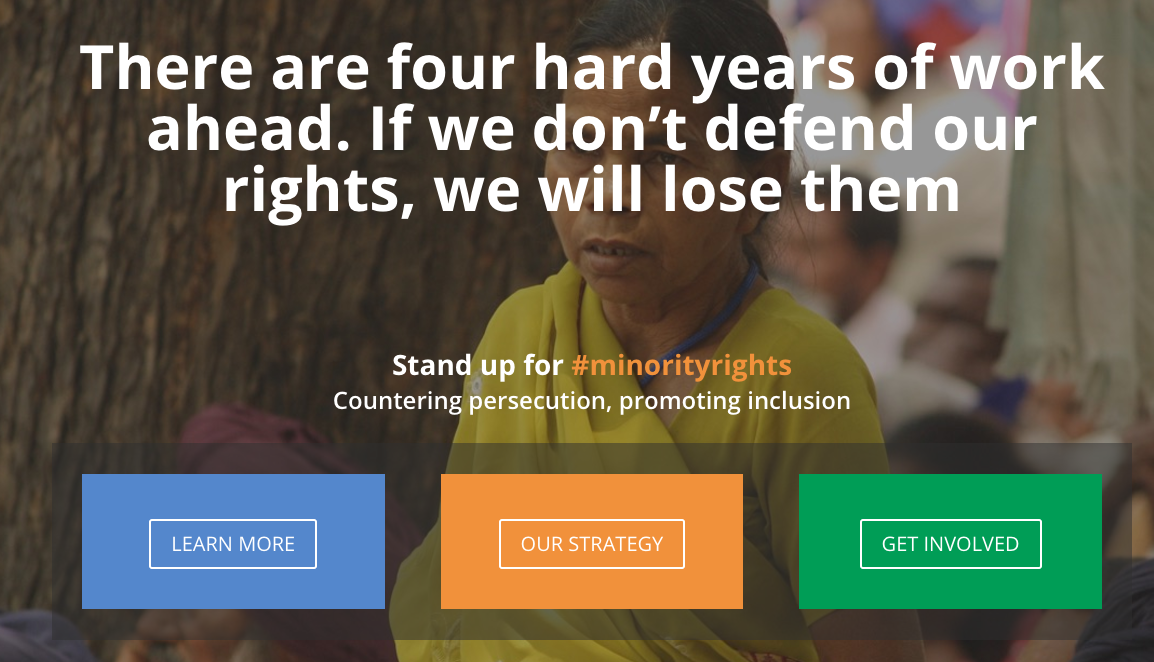 Minority Rights' work over the next four years will be focused on the twin objectives of countering persecution and promoting inclusion. In the face of hatred and intolerance, the campaign offers a vision based on defending rights and bringing communities together.