Mexico: Stop the the Independence Aqueduct

On October 9, ESCR-Net, the Mexican Center for Environmental Law (CEMDA) and the Center for Analysis and Research (Fundar) sent a joint letter to the Government of Mexico urging it to comply immediately with a binding decision of the Supreme Court in relation to the project Independecia Aqueduct and its implications on the Yaqui tribe of Sonora, and to stop the criminalization of human rights defenders of the Yaqui tribe.

The letter was sent to the Secretary of the Interior, the Governor of the State of Sonora, the Secretary of Environment and Natural Resources, and the Federal Attorney for Environmental Protection, among other politicians in Mexico, and expressed the concern about the Mexican government’s operation of the "Independence Aqueduct" project in the State of Sonora, which has caused severe human rights violations to 45,000 members of the Yaqui indigenous community. 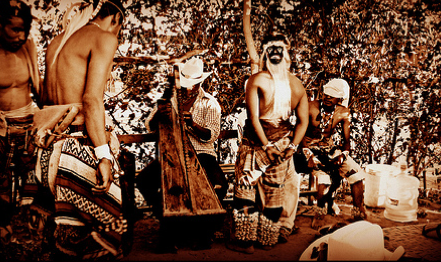 The letter denounced the failure of the decision of the  First Chamber of the Supreme Court of Justice of the Nation that ratified its decision in favor of an injunction (amparo action 631/2012 under review) against the Mexican federal government, recognizing the right of the Yaqui tribe to be consulted on the likely human rights impacts connected with the project.  In a subsequent clarification in August 2013, the Supreme Court confirmed that the project should be suspended in the event that its operation would cause irreparable damage to the Yaqui tribe.

ESCR-Net believes that the present conduct of the Mexican government in continuing to operate the Independence Aqueduct constitutes, or creates a risk of, violations of the following interrelated human rights: the rights to adequate water and food; the right to the enjoyment of the highest attainable standard of physical and mental health; the right to a healthy environment; and the right to self-determination.

The letter also expresses concern about recent reports of human rights violations against members of the Yaqui community while exercising their right to protest peacefully against the project. In particular, the situation of Mario Luna Romero, leader of the Yaqui in Sonora, and Fernando Jiménez Gutiérrez, a member of the Yaqui tribe. Both are detained at this time and are at risk of being subjected to an unfair trial and of facing prolonged detention. Such conduct by the State of Sonora is a violation of the rights of freedom of expression, right to peaceful assembly, the right to humane treatment and the right to a fair trial, among others.

ESCR-Net calls the government of Mexico to take the following urgent actions regarding the project Independencia Aqueduct:

1.     Immediately comply with the binding Supreme Court decision issued against the Mexican government, as well as the previous recommendations of the CESCR, and ensure the right of the Yaqui community to effective consultation in relation to its water rights and traditional lands, in accordance with international human rights standards.

2.     In accordance with its international human rights obligations, take urgent steps to review and address existing and potential human rights violations experienced by the Yaqui community, as outlined above and with respect to any additional violations.

4.     Ensure that Mr. Romero and Mr. Gutiérrez, and any other members of the Yaqui tribe who may be detained, are guaranteed safety while in custody and the right to a fair trial, including assurance of impartiality of all criminal investigations and upholding the right not to be subject to politically motivated criminal charges.

5.     Investigate and address any allegations of ongoing harassment and/or violence against Yaqui tribe members who engage in peaceful protest and/or legal action.

The press release (in Spanish) can be read here