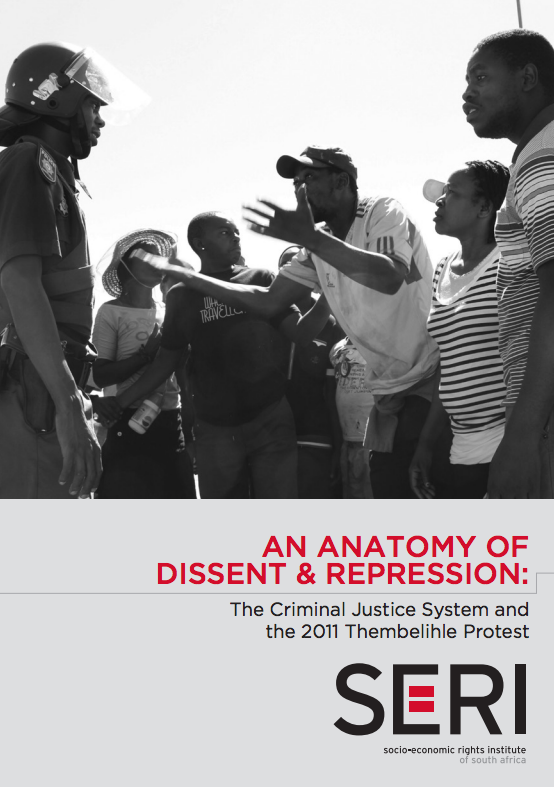 The Socio-Economic Rights Institute of South Africa (SERI) released a publication on the criminalization of human rights defenders in South Africa. The report, An Anatomy of Dissent and Repression: The Criminal Justice System and the 2011 Thembelihle Protest, by Michael Clark, highlights the growing trend of state repression of popular protests in poor urban areas and details how the state employs the criminal justice system to vilify, criminalise and suppress local communities advocating for socio-economic development.

The week-long protest in Thembelihle, near Lenasia, Johannesburg in September 2011, was such a case. Frustrated by an unaccountable and unresponsive local government that frequently disregarded the community’s on-going demands for access to adequate basic services, Thembelihle residents took to the streets. Their demands, however, were dismissed by local and provincial government and met with a forceful police clamp-down. In the aftermath of the protest, arrest and criminal prosecution (often on frivolous charges) was used to harass and intimidate community members and to target community leaders, marking an alarming trend in which the criminal justice system is used by the government to suppress popular dissent.

This report seeks to understand the protest in Thembelihle specifically, and rising dissent in South Africa more generally.