The International Network on Economic, Social and Cultural Rights (ESCR-Net) held workshops in Mostar and Tuzla (Bosnia and Herzegovina) in mid-June 2013, in collaboration with the Organization of Security and Co-operation in Europe (OSCE) and the participation of Interights. The workshop was part of a series of meetings and workshops organized by ESCR-Net in countries that have ratified the OP-ICESCR, including Argentina, Ecuador, Mongolia, Slovakia and Spain. The OP-ICESCR addresses a historical imbalance between civil and political rights on the one hand and economic, social and cultural rights on the other, by allowing individuals, group of individuals and organizations to present claims to the Committee on Economic, Social and Cultural Rights regarding violations of rights recognized in the ICESCR. 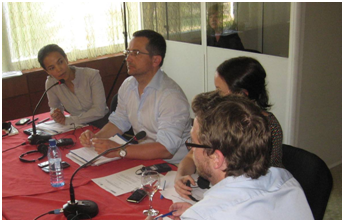 The opportunity further to protect economic, social and cultural rights, created by the ratification of the OP-ICESCR, is broadened here by the fact that BiH will have its second periodic report analyzed by the Committee on Economic, Social and Cultural Rights later this year. The State report, the future concluding observations of the CESCR, and the priorities selected by local groups and organizations can help in selecting the main issues to be taken to the CESCR under the OP-ICESCR.

So far, it is already possible to identify some overlapping issues raised in the State report and by lawyers and activists in Mostar and Tuzla. The latter discussed violations to labor rights of persons with disability; unlawful dismissals; inequality in the distribution of social benefits between war veterans and civilians;  persons with disabilities’ lack of access to health care, discrimination against Roma in the work environment, education, housing, and health systems, and the assessment of social security contributions, among others. 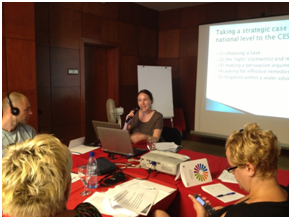 By its turn, the State second report to the CESCR tackled issues of lack of social protection, health care and education for returnees; lack of disaggregated data by gender in the work place; high levels of unemployment among certain groups such as the youth, women, persons with disabilities, and Roma; employers’ lack of payment of social security contributions on behalf of employees; inequitable allocation of funds for social protection with regard to civilian war victims, war veterans, and persons with disabilities who are not victims of war; lack of protection of ESCR for victims of sexual violence during the war; trafficking victims’ lack of access to health care; violations to the right to housing with regard to members of disadvantaged groups; lack of security of tenure to Roma; Roma’s lack of equal access to education; and the issue of “two schools under one roof”, concerning children of different faith.

The process to present claims before the CESCR was debated, including strategies for choosing a case; the framing of remedies that respond to broader, structural issues, such as lack of an effective health system or the need for legal reform; and the need to assure the participation of affected communities and groups within any litigation strategy.

Finally, challenges to litigation before the CESR were highlighted and they encompassed the fact that  UN official languages do not include languages spoken in BiH; high costs of domestic legal remedies; delay in domestic justice (which could actually be an exception to the principle of exhaustion of domestic remedies);  and lack of implementation of existing national plans. The latter challenge could potentially be brought to the CESCR, as the principle of progressive realization enshrined by the ICESCR requires not only the formulation of national plans, but also effective allocation of resources, as well as the establishment of timeframes and benchmarks for the protection of ESCR. 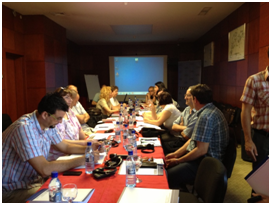 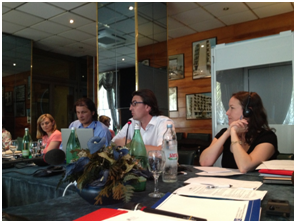