Organizations in Slovakia discuss possibilities of litigation under the OP-ICESCR

Taking advantage of the entry into force of the Optional Protocol to the International Covenant on Economic, Social and Cultural Rights (OP-ICESCR) and its ratification by Slovakia, the International Network on Economic, Social and Cultural Rights (ESCR-Net) and Občan, demokracia a zodpovednosť (Citizen, Democracy and Accountability, ODZ), in collaboration with the Norwegian Centre on Human Rights, OHCHR, and UNDP- Regional Centre for Europe and the CIS, and with the kind support of the Ford Foundation, convened a one-and-half-day workshop on 12-13 June 2013 in Bratislava, with the following objectives:

2.       Examine strategies to litigate before the Committee on Economic, Social and Cultural Rights;

4.       Provide space for discussion of obstacles to litigation of ESCR and strategies to overcome them; and

5.       Examine strategies of advocacy for ESCR that could strengthen litigation 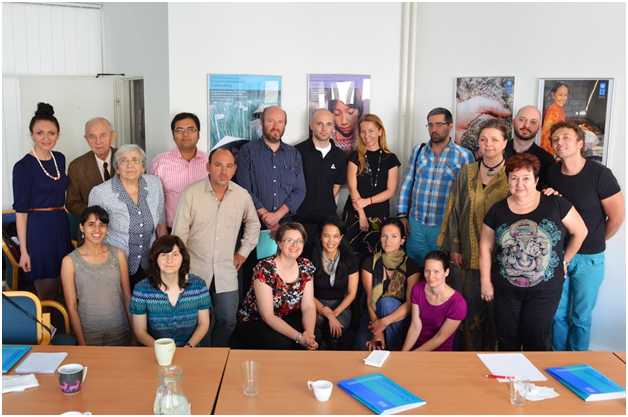 The Workshop brought human rights lawyers and activists from different parts of Slovakia, working on the protection of economic, social and cultural rights of women, persons with disabilities, immigrants, and Roma, among others. Participants discussed the added value of the OP-ICESCR, the challenges in balancing interests of affected groups and human rights organizations, general and specific State obligations under the ICESCR, admissibility issues, the Slovak law regarding the application of the OP, strategies for litigation, the differences between margin of appreciation and the principle of reasonableness, among others. (For more information on the different issues, please see the materials below.)

Different experts  identified the added value of the OP-ICESCR to include the following:

Also, the group addressed mainly the impact of ESCR violations on the most vulnerable groups in society, highlighting a trend that had already been pointed by the Committee’s 2011 concluding observations on Slovakia: ESCR violations affected discriminated groups in a disproportionate manner. The concluding observations of the Committee focused on women, children, Roma, persons with disabilities, and the unemployed, among others.

Some of the litigation strategies for Slovakia tackled the relevance of the Committee’s General Comments n. 3, 9 and 20; the possibility of assessing the Committee’s 2011 concluding observations for the country; and the need to use advocacy methods parallel to litigation, such as public awareness raising, and the production of shadow reports.

Finally, participants addressed technical issues, such as the difference between the principle of reasonableness and “margin of appreciation”. The main interpretation raised perceived the former as inherently linked to the principle of progressive realization, which not simply gives space for State discretion but rather determines a series of steps to be taken by States in order fully to realize rights, including the establishment of benchmarks and the allocation of resources towards further protection.