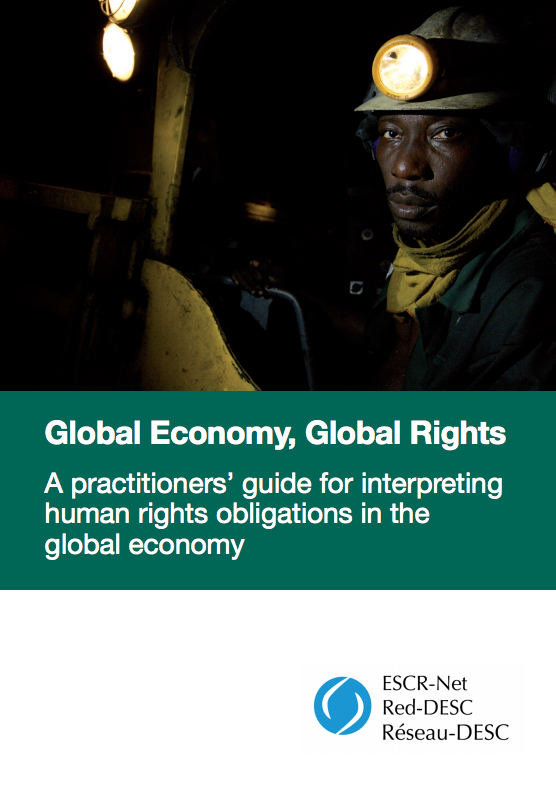 The resource was launched at a gathering of outgoing and incoming UN Special Procedure Mandate Holders in Geneva, on September 2, 2014, co-hosted by ESCR-Net, the Geneva Academy and FES. Joint communications and other activities of the Mandate Holders have helped to advance the collective actions of ESCR-Net members and working groups, notably with regard to the extraterritorial impacts of the steel project in India planned by South Korean steel giant, POSCO.

Download the guide in English here. The guide is also available in Spanish here.