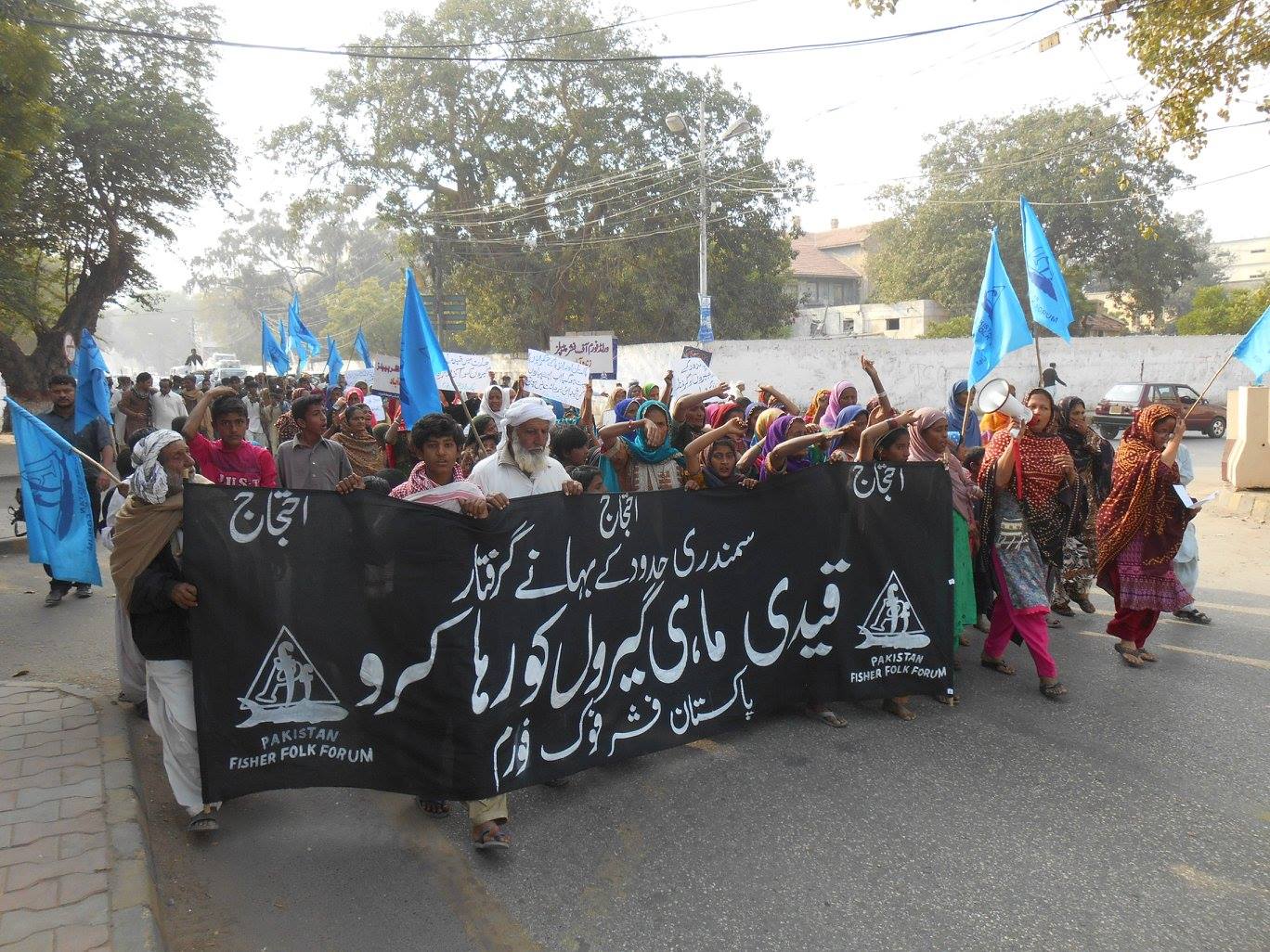 Members of the Pakistan Fisherfolk Forum (PFF) held a rally on January 10 to protest against the ongoing harassment faced by small-scale fisherpeople at the hands of the Indian and Pakistani authorities at sea.

The protesters —including men, women and children— carried placards calling for respect for the rights of the fishermen from both the Indian and the Pakistani shores who are often arrested and detained for years, only to be  .released for a momentary period, when peace talks take place between the countries.

A spokesperson for the Pakistan Fisher folk Forum, Kamal Shah, said that more than 265 Pakistani fishermen are currently detained in Indian jails and 485 Indian fishermen are being held in Pakistani jails. Ibrahim Hyderi and Rehri Goth were two places from where five fishermen were arrested 20 years ago by the Indian coastguards, he said, adding that their families were still waiting to hear about them.

“There has been an increase in the arrests over the past few months. Fishermen are arrested near the Sir Creek, a water strip between India’s state of Gujarat and Sindh. We have news that the fishermen are being tortured now, which is against their basic rights,” he added. He said it would serve both countries to resolve the issue of the Sir Creek which resulted in arrests of fishermen on both sides.

The Pakistan Fisherfolk Forum is a social movement and civil society organization that is struggling for the human rights of fisherpeople in Pakistan and worldwide. For more information please visit http://www.pff.org.pk/