On 17 March, 2017 Women and ESCR Working Group (WESCR WG) member Global Initiative for Economic, Social and Cultural Rights (GI-ESCR) held a “Strategic Meeting to Advance Women’s Land and Property Rights in Africa” bringing together approximately 25 participants from organizations throughout Africa as well as U.S. based organizations working on issues related to women’s land and property rights. This is the 10th year that the meeting has taken place. The objectives of the meeting included discussing strategies to advance women’s land rights as well as identifying future advocacy opportunities. Issues that were highlighted include an update on the status of the General Comment to the Maputo Protocol on Women’s Land and Property Rights (Maputo Protocol). 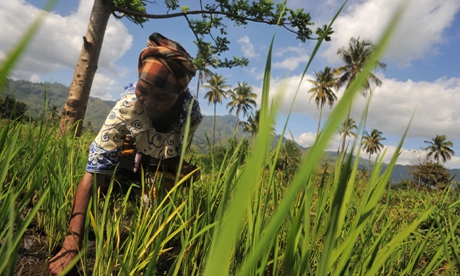 In discussing the status of this draft, Sylvia Noagbesenu (ESCR-Net member Initiative for Gender Equality and Development-Africa) together with Sibongile Ndashe (Initiative for Strategic Litigation Africa) explained the range of issues that have been raised during the drafting process of the General Comment, particularly in relation to the definition and interpretation of “equitable sharing” under Article 7 of the Protocol (“Separation, Divorce and Annulment of Marriage”). They also led a discussion about how to strengthen the use of the General Comment as an advocacy tool as well as ways in which civil society can contribute to the workings of the African Commission on Human and People’s Rights, particularly to protect and advance women’s rights.

Other topics addressed during the meeting include: litigation strategies and the role of amicus interventions to the African Court on Human and Peoples' Rights; the impacts on women of large scale land deals in Zambia; strengthening the role of women as stakeholders in commercial land investments; gender and land investments in Tanzania and Mozambique; good practices and lessons learned about collectively held land; and a reflection on progress towards Sustainable Development Goal (SDG) targets relevant to women’s land rights.

Mayra Gomez from GI-ESCR shared information about upcoming opportunities to advance women’s land rights utilizing international human rights mechanisms, highlighting in particular: the development of a new CEDAW General Recommendation – GR 35 on Gender-Related Dimensions of Disaster Risk Reduction in a Changing Climate – noting that GI-ESCR, together with Asia Pacific Forum on Women, Law and Development (APWLD) and Landesa submitted comments on the draft recommendation and made an oral statement during the Half-day of General Discussion.  Mayra also discussed the revision of CEDAW General Recommendation 19 on Gender-Based Violence against Women.

With respect to the Committee on Economic, Social and Cultural Rights (CESCR), she discussed the new General Comment on State Obligations under the ICESCR in the Context of Business Activities that is currently underway and CESCR’s expressed interest in developing a new General Comment to provide framework to States concerning their obligations under the ICESCR in relation to land issues. She also reminded participants about upcoming opportunities for parallel reporting for African States for reviews before CEDAW and the Human Rights Committee.  Finally, the meeting concluded with a discussion about shared strategies for 2017.