El Salvador’s Legislative Assembly voted in March, 2017 to become the first country to ban mining for gold and other metals, and cancel projects in the pipeline. This was a development driven by several NGOs and social movements and have expressed serious concerns about the social and environmental risks that mining poses to the Central American country.

ESCR-Net member MiningWatch Canada, and many other organizations worldwide who have supported Salvadoran groups to remove mining from the country’s development plans said the decision will inspire many communities, organizations and governments seeking to resist the long-term harms caused by mining for affected communities worldwide. 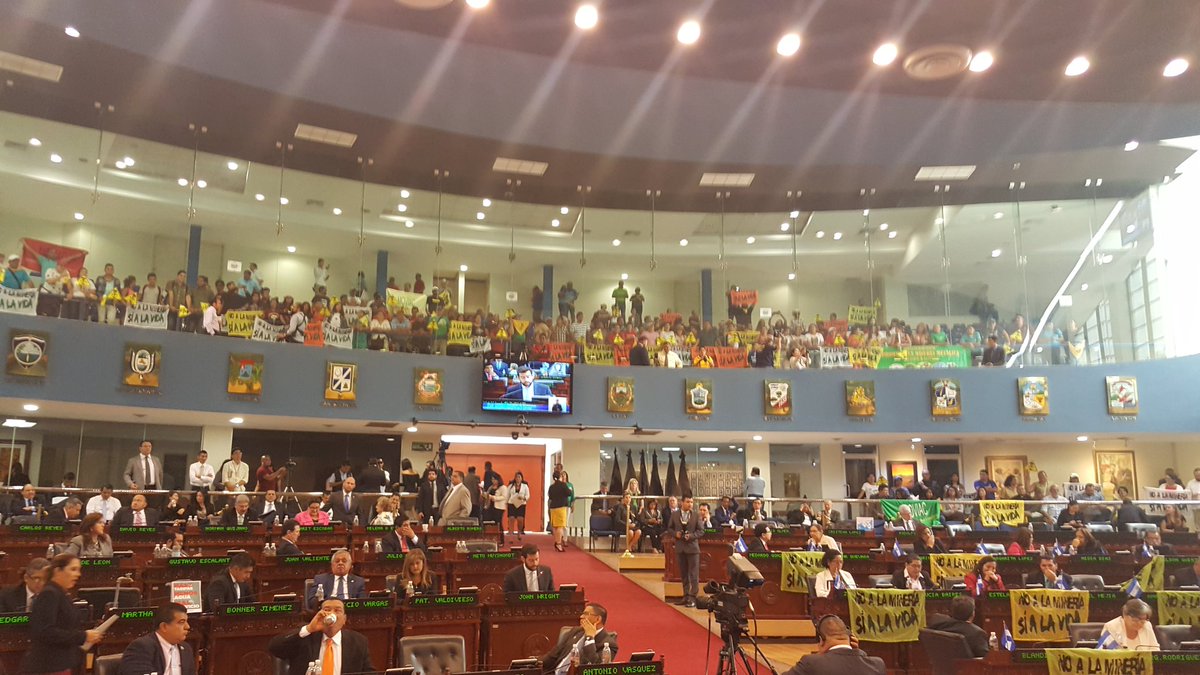 The vote, in which 69 of the country’s 84 legislators cast ballots to prohibit the mining of metals, makes El Salvador the leader in a global movement to put the brakes on a modern day 'gold rush'. This is also the culmination of more than a decade of intense protest over projects that foreign mining companies have sought to exploit.

According to MiningWatch Canada, several mining projects in El Salvador and other Latin American countries, and a legacy of contamination from earlier mining projects in the region, has made the region and its highlands, farms, forests and waterways a focal point in the fight against mining. The country has the second-worst deforestation in the hemisphere (after Haiti), and 96 percent of its surface water is contaminated. Salvadorans fear that the Rio Lempa, the country’s lifeline, would be deeply impacted from mining if it were it allowed to proceed.

Other ESCR-Net members have undertaken advocacy work against mining projects in El Salvador. On 14 October 2016, the International Centre for Settlement of Investment Disputes (ICSID) ruled in favor of the Government of El Salvador regarding a complaint filed by the Canadian mining company Pacific Rim/OceanaGold.