On the Intersecting Crises of COVID-19 & Climate: Let us shape a new socio-economic order

Following discussions within ESCR-Net’s membership on climate and environmental justice and human rights in relation to the COVID-19 crisis, multiple members co-authored short articles in this context, including the following piece which was originally published on Medium. 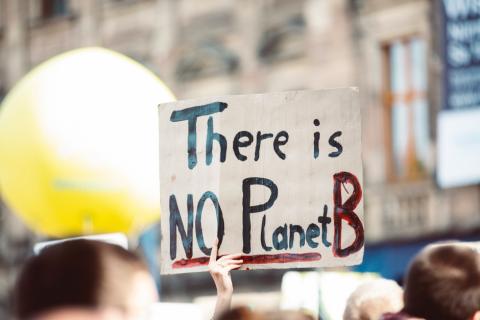 Across the world, including  Asia and the Pacific, Africa and Latin America, governments are grappling with containing the spread of COVID-19 alongside facing human induced extreme weather events compounding existing food and water insecurity affecting marginalised communities in the Global South. The COVID-19 crisis has starkly highlighted and aggravated social, gender and economic inequality. Under the cover of COVID-19, several countries have announced rollbacks of environmental protection standards. They have reverted to promoting extractivism to address the economic crisis produced by the pandemic. This will inevitably worsen the climate crisis and collide with the unfolding pandemic leading to devastating impacts on human rights.

The state of our world today is not a tragedy that happened perchance. The intersecting emergency of COVID-19, the climate and other structural crises such as racism, all share the same root injustices that began from our colonial history that imposed this unjust, patriarchal, white-supremacist and capitalist system on all of us. The legacy of slavery under the colonial and imperial powers not only legalized a system of inequality and discrimination that continues in our legal, political and economic institutions but set the foundation of the Global North’s prosperity on the backs of people of colour and plunder from the Global South. Our lands, rivers, oceans, forests and biodiversity were not spared along the way either. Thirst for energy production to fuel capitalism has ravaged vital ecosystems on which thousands of people depend and are indispensable for the survival of the planet.

The double barrelled impacts of the climate crisis and the pandemic are experienced most dramatically by vulnerable populations who have contributed the least to either emergency. Capacities to mitigate and respond to these intersecting crises also promote inequities: the richest countries and within them, the population with the highest income, have the greatest chance of survival. The COVID-19 pandemic has exposed the structural injustices against poor, peasant, indigenous and racial minorities amplifying the crisis of accumulation and social inequality. The ongoing lockdown has largely resulted in the shrinking of organizing spaces and crackdowns on political dissent.

Zimbabwe and Mozambique are still struggling with the effects of the deadly Cyclone Idai that left more than a thousand people dead and tens of thousands homeless in March 2019 before the onset of COVID-19. International climate policies recognise ‘historical responsibility’ as the onus on developed countries who historically benefited from global emissions to bear the greater share of  costs of mitigation and adaptation to those countries facing its worst impacts and further compensate for loss and damages. The same developed countries (with the addition of China, India, Indonesia) remain responsible for some of  the largest emissions today. In 2014, the Green Climate Fund was set up with developed countries pledging US$100 billion a year to meet the needs of developing countries. Until last year, only USD$10.3 billion was pledged but the actual amount produced is 8.2 billion So where is the money to address the climate crisis?.

This year, COVID-19 hit at a time when the  Global South owes $3.9 trillion in debt .  A number of these developing countries had never recovered from the last recession so where is the capacity to resource public healthcare to fight against this pandemic or the impending economic recession?

COVID-19 emerged when Global South governments were relying on austerity as a measure to address the crisis of accumulation. To address the climate, economic and COVID-19 crises, which in reality is one major crisis of capitalist accumulation, the global economic system is depending on neoliberal approaches such as free market mechanisms including interest rate cuts and other quantitative solutions which have undeniably failed. Instead of international solidarity and cooperation, developed countries  adopted isolationist policies and nationalist approaches to protect their own interests while the international creditors outrageously demanded repayments. The World Bank and IMF’s temporary reprieve from repaying debt is hardly any solution to the debilitating debt crisis that has hugely affected peoples’ enjoyment of human rights in developing countries, by gutting essential public services, labour protections, and environmental and social safeguards, as well as allowing corporations a free rein over whatever resources they can capture through an unfair global trade and investment system. This has weakened the resilience of developing countries to cope during periods of crisis.  This machinery is well oiled by corrupt governments, authoritarian leaders and elites in cohorts with a weak judiciary and expanding military in many developing countries.

The historical economic injustices orchestrated by the system of capitalism that relies on dispossession, accumulation and privatization have led to 85% of the world’s poor to be located in South Asia and Sub-Saharan African, a figure that will escalate  by another billion poor people as the economic impacts of the pandemic take hold. The worst effects will be borne by the poor and marginalised women of the Global South who make up nearly 90% of the informal work sector.

On the other side of the world, US billionaires have earned an extra $282 billion in the first month of the crisis. The Congress and the Federal Reserve has committed more than 6 trillion dollars to address the COVID-19 crisis. So it isn’t a question about the lack of money/resources  to tackle  the climate crisis or the pandemic  and the impending economic recession - the real question is - why is there such a huge and unacceptable gap and inequality between the rich and the poor?

The distribution of wealth, resources and power has always favoured elites who have profiteered from this rigged capitalist system. We, in the Global South haven’t had an equal footing to even begin to win this game until perhaps now. This pandemic attacks indiscriminately and even though the elites of this world are better protected, they are not immune. Our lives have grounded to a standstill, a phenomenon many in the climate movement never believed possible. But it is possible to stop. To rethink. And change.

Going forward, this could be our only opportunity to take stock of where we are and where we all deserve to be. How do we rebuild this broken world to one that is just, fair, cares for all its people and its ecosystems? It starts with a radical transformative shift redistributing wealth away from corporate bailouts, military expansion, hyper development and consumerism.  It starts with  a fight for alternative economic models on ‘degrowth’, including forms of energy production that stop violating human rights and causing devastating impacts on the world's ecosystems. More than a change in the matrix, a socio-ecological transition is needed, one from which the people, in a participatory and democratic way, can decide what the energy is for and how it will be produced.

Tax the rich who steal USD$172 billion from developing countries every year and end the culture of tax avoidance, evasion and illicit financial flows that have bled the Global South. Cancel debt so that developing countries have a fighting chance to invest in universal healthcare, social welfare and other essential services to recover. Destroy the patriarchy and centre the well being of women in all their diversity for a future grounded in gender equality, respect and dignity. A just feminist recovery is being led by the women leaders of this world with Hawaii putting it in practice. In March, in recognition of our collective struggle thousands of women around the world went on a strike harnessing the power of movement to demand development justice, equality and peace. Let us act on the reverberating demand  to shape a new, just and socio-ecological economic recovery grounded in human rights,  that puts all people before profit.

The time to act is now.

Kavita Naidu, Liliana Avila and Melania Chiponda are human rights defenders, respectively based in Australia, Colombia and Zimbabwe. Kavita is the Climate Justice Program Officer at the Asia Pacific Forum on Women, Law and Development (APWLD). Liliana Avila is a Senior Attorney of the Human Rights and Environment Program at the Interamerican Association for Environmental Defense (AIDA). Melania is a feminist economist who in advocating for economic, social and environmental justice for marginalized communities. APWLD, AIDA and Melania are all members of ESCR-Net - International Network for Economic, Social and Cultural Rights.