The case of Manila Bay Reclamation Project in Philippines does not differ from any other large-scale development projects. A negative impact is expected and in some extent it is already happening at the ecological level and people’s livelihoods. According to the UN Food and Agriculture Organization, land reclamation is “an irreversible form of environmental degradation, thus running counter to the State's guarantee to provide its citizens with a 'healthful and balanced ecology in accord with the rhythm and harmony of nature' and 'protect the rights of subsistence fishermen, especially of local communities.” 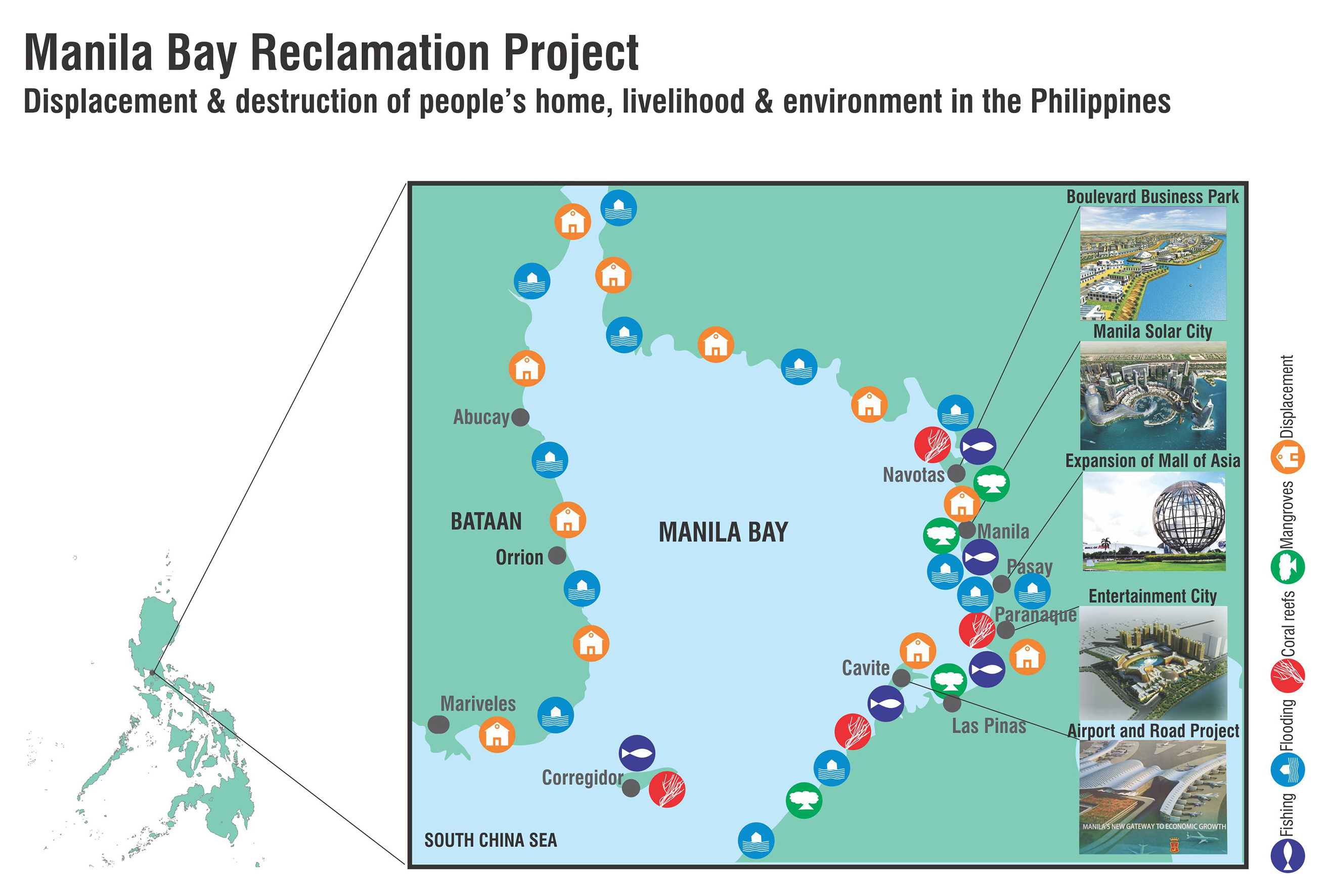 Defend Job Philippines is an active member organization of ESCR-Net since 2014. It was established on July 19, 2009 as a wide network to defend jobs initiated by women workers of Triumph International who fought against illegal and unjust lay-off and closure.  Currently, Defend Job has wide network of displaced workers, unions, women and informal sectors united for better working and living condition.

In January 2015, the CAWG facilitated a SCS meeting in Mexico between Defend Job and other member organizations to brainstorm about ways to improve the campaign. Organizations invited to participate in the SCS discussion were Proyecto PODER (regional organization based in Mexico), Otros Mundos (Chiapas, Mexico) and Comite Si a la Vida (Tolima, Colombia).

The purpose of this report is to draw attention to critical human rights issues caused by the Manila Bay Reclamation Project and identify strategic areas of support to the Defend Job’s advocacy campaign. The main goal of Defend Job’s campaign is to pressure the Philippine government to stop the development project to avoid its consequent impact on people’s human rights.

Defend Job has identified three main areas for its SCS: