In September, Just Associates (JASS) - together with the Global Fund for Women and MADRE - launched the campaign DefendHer to visibilize the work and risks faced by women dedicated to defending human rights. A key resource of the campaign is a website featuring illustrations by plastic artist María María Acha-Kutscher, as well as the stories of 14 prominent women human rights defenders from different regions. 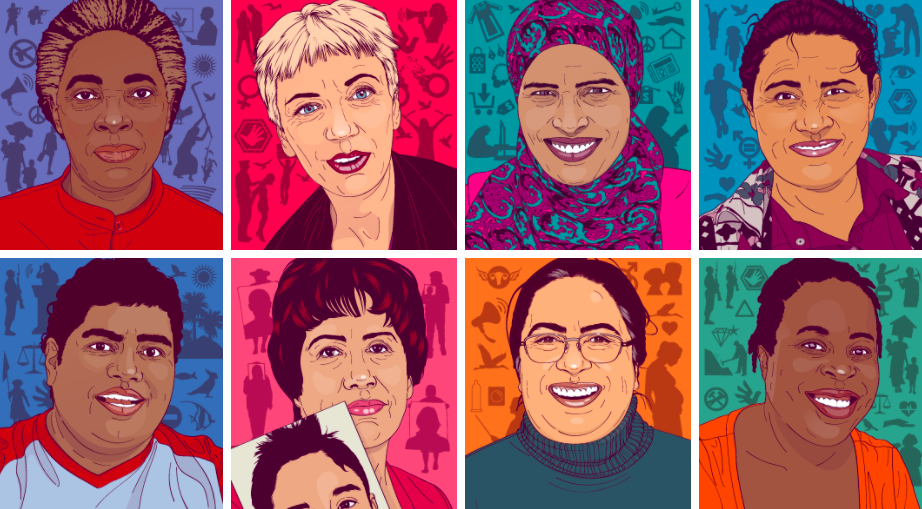 Among the defenders featured is Miriam Miranda from the Organización Fraternal Negra Hondureña (OFRANEH). The DefendHer campaign documents Miranda's role in defending human rights in numerous Garífuna communities in Honduras, highlighting the difficulties associated with human rights defense work posed by the national context - Honduras has the highest rate of assasinations of environmental defender per capita.

The 13 other defenders delebrated along with Miranda come from countries in Latin America, Europe, Asia, and Africa. The DefendHer campaign also offers resources on other organizations, forms of collaboration, stories of other human rights defenders, and the participation of women's movements as agents of social change.

In addition to visibilizing the efforts of these women, another objective of the DefendHer campaign is to collect donations to support the work of women defenders and their organizations. The website also serves as a platform to send messages of solidarity in recognition of the bravery and devotion of these women human rights defenders.