The Dam-Affected Movement of Brazil (Movimento dos Atingidos por Barragens – MAB) calls for justice and a thorough, independent and impartial investigation following the disappearance of Nilce Souza Magalhães, or "Nicinha," human rights defender and leader of MAB from Rondônia, Brazil.

According to MAB, to date, the investigation that is being carried out by the civil police has been mired in a lack of clarity, with numerous legal gaps and misinformation being disseminated via the national media. The Movement calls for a clarification of the facts and a proper response to the disappearance of their leader. Please click here to sign a letter in support of these demands. 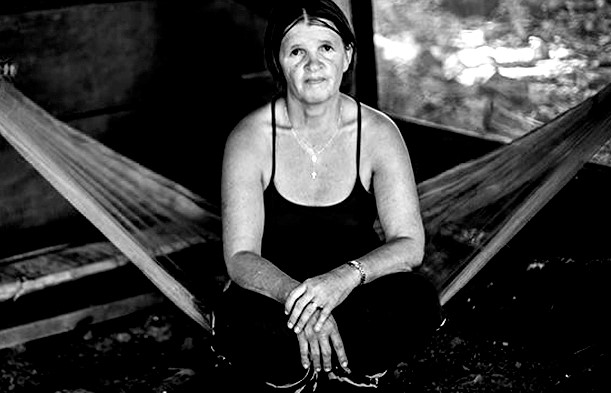 Nilce de Souza Magalhães, better known as 'Nicinha', was a mother of three, a grandmother to seven grandchildren, fisherwoman and leader of the Dam-Affected Movement (MAB) in Rondonia. She fought in defense of life, river and forest, from the edge of the Madeira River, the largest tributary of the Amazon river, where she struggled for the right to stay.

According to reports, Nicinha "disappeared" on January 7, 2016, after being last seen in her residence, in an encampment of fishing families that have been displaced by the hydroelectric dam project “Jirau, Sustainable Energy of Brazil (ESRB).” According to a fellow resident of the encampment, Nicinha was last seen cooking and washing clothes in her shack around 12 pm on January 7. Some time later, the same neighbor smelled something burning and went to the shack, where her food was burning and Nilce was nowhere to be found.

Searches by the civil police and fire brigade only began five days later, on January 13. They soon produced a small chain which she always wore around her neck was found broken on the ground near her place of residence, which may indicate that she was taken away by force. In addition, her personal documents and camera, which contained evidence related to her human rights defense activities, also disappeared from her home.

Nicinha is known in the region as a leader of the Movement of People Affected by Dams and has worked tirelessly to expose human rights violations committed by the consortium responsible for the Jirau dam. After living in the area for nearly fifty years, she began to raise concern when fishing became compromised during the first years of the dam’s operation. In 2014, Nilce’s community was hit by a major flood prompted by the hydroelectric reservoir that flooded the houses of riverside families, destroying crops, work materials and more.

The consortium responsible for the project is formed by the companies GDF Suez-Tractebel with 40%, Mitsui with 20% and Eletrobrás group with 40%, Eletrosul and Chesf via each with 20% of the shares. In 2010 the Suez won the award for worst company in the world in the Public Eye Awards for participation in the construction of the Jirau hydroelectric dam. The French government controls 36% of the transnational shares GDF Suez-Tractebel. The Eletrobrás group pertains to the Brazilian government; so does the main financier of the work the public bank, BNDES.

Nilce made several complaints over the years, participating in public hearings and events to call attention to the dam’s serious impacts on fishing activity on the Madeira River, as well as the failure of the consortium to provide compensation for the dam’s socioeconomic impacts on affected fishing families. These complaints prompted two public civic inquiries which are being carried out by federal prosecutors and the District Attorney, focusing on the failure to adhere to the Program for Support of Fishing Activity and on the reported manipulation of facts in monitoring reports related to fishing activity which allegedly sought to obscure the dam’s damaging impacts. She also denounced environmental damage linked to the dam, including the flooding of forests, the contamination of the area’s waters and the generation of greenhouse gases by the project. She was effective in her work; following a roundtable negotiation with the federal government in December of 2015 in which Nilce de Souza participated, the government initiated a commission to visit the region and support the formalization of denunciations against the company for rights violations.

Now, MAB is calling on the Brazilian government to guarantee a thorough, independent and impartial investigation into the facts surrounding the disappearance of Nilce Souza Magalhães. Sign here to lend your support.

Without justice, the case is not closed! Water for life, not for death!