Spanish hydropower company withdraws from Guatemala due to public pressure

On December 23rd 2016, Hidrosantacruz, a subsidiary of the Spanish company Hidralia Energía, announced in a press release that it had waived its right to construct the Qanbalam hydroelectric plant, which was approved by the Guatemalan Ministry of Energy and Mines in 2008. 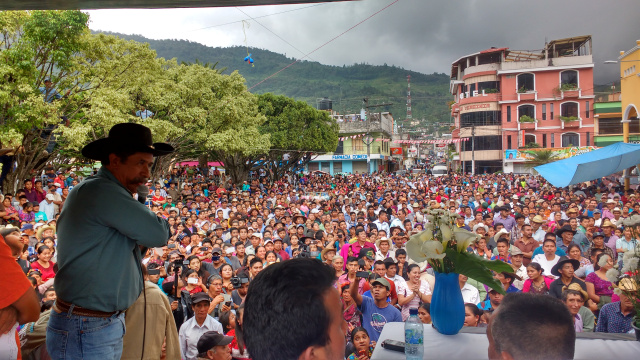 This brings to an end, not only a long process fought by several villages and communities in Guatemala, most notably the municipality of Barillas, but also both national and international solidarity. According to the Consejo de Pueblos Wuxhtaj, a member of ESCR-Net, who has been actively involved in the fight against the construction of this plant, “the presence of the hydroelectric company in Barillas was unsustainable after the attacks that they manufactured to create conflict. Their involvement in coercing government officials, including justices, and their alliances with the organized mafia made matters even worse.

In the last few years, ESCR-Net has put forth multiple collective efforts regarding this project. Examples include sending a letter to the Guatemalan government denouncing the criminalization of human rights defenders, and another letter asking the government to guarantee the rights of those community leaders held captive purely for their objection to the project, and guarantee them a fair trial. Furthermore, under the name of “We are not criminals, we are defenders of the rights of the rivers and mountains”, ESCR-Net published a petition addressed to the Guatemalan President asking for the prompt release of political prisoners.

As the Consejo de Pueblos Wuxhtaj stated, “regardless of whether the company withdraws itself or not from Barillas, they must answer to human rights violations which are all well documented. They must also answer to the suffering incurred by dozens of families, all the lobbying and corruption, and illegal associations among others”. Additionally, “they invite all people and organizations to fight for the construction of an energy model that guarantees the energy for people and not for businesses, that strategic goods are controlled and managed by people, and not by the businesses”.