ESCR-Net members around the world are celebrating the release from prison of Saeed Baloch. Saeed, who is a Board member of ESCR-Net and leader of the social movement, Pakistan Fisherfolk Forum, was detained since mid-January, 2016 in a high-security prison in Karachi, apparently in connection with his work to defend and promote human rights in Pakistan. 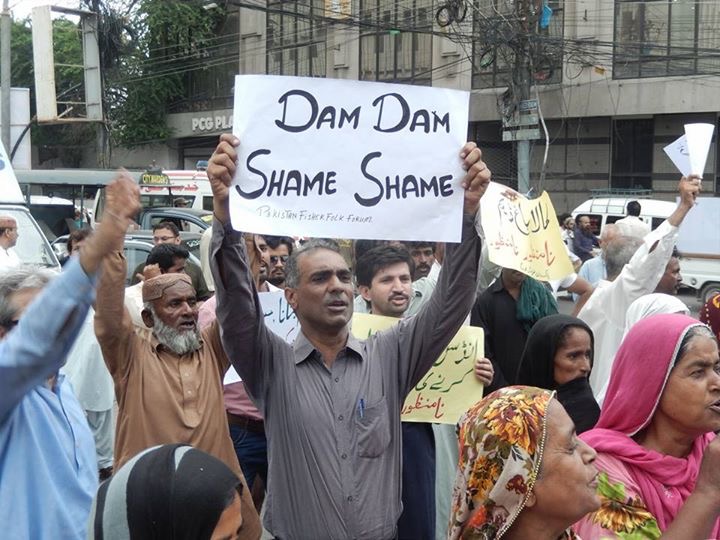 Baloch was arrested on 16 January by the Rangers, a paramilitary force in Pakistan, who initially denied holding him in their custody. His enforced disappearance was subject of a collective urgent appeal issued by ESCR-Net on January 21.

Once his detention was acknowledged by spokespeople of the Rangers, he was remanded for 90 days of interrogation, ostensibly in connection with embezzlement charges relating to activities with a union of fisherpeople in Karachi.  During that time, Baloch was reportedly not allowed to receive visits from his family, co-workers or lawyer. ESCR-Net reiterated demands for his release in a public statement issued on February 13.

Following the conclusion of the 90 days of remand, Baloch was transferred to custody of the Pakistani police, who subsequently held him for another three months while they investigated new charges that had been filed against him. Although the majority of the charges have since been dropped, following failure by the authorities to find any proof of his wrongdoing, the case remains open before the Anti-Terrorism Court. Baloch was released from prison on bail on August 3.

Upon his release, Baloch, reunited with his family and co-workers at the Pakistan Fisherfolk Forum, whereby he proceeded to join a peaceful demonstration against a dam project, signaling his resolve to continue to struggle to defend the rights of fishers and other vulnerable groups in Pakistan.

ESCR-Net congratulates Saeed Baloch and applauds the tireless efforts of the Pakistan Fisherfolk Forum to secure the freedom of their leader and for continuing their courageous work to realize human rights and the ability of all people in Pakistan to live in dignity.