The Legal Center for Arab Minority Rights in Israel – Adalah has sent a letter to Israeli authorities responsible for the central bus station in Tel Aviv to demand an immediate halt to discriminatory actions against Arab minorities undertaken by security guards inside the central station. 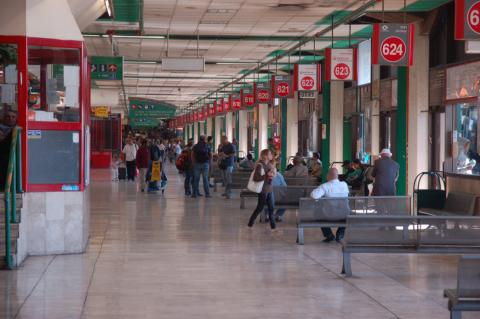 The letter, which was directed to the Minister of Interior, Gilad Erdan and the chief legal advisor to the government, Avichai Mandelblit, was sent after Adalah received information regarding internal orders instructing security guards at the station, employees of Avidar Group, a private security company, to stop Arab passengers as they enter the station and check their identity cards.  The guards have reportedly been instructed to detain all persons without identification until the police arrive.

Adalah asserts that security guards are only allowed to stop individuals who carry weapons or in situations when there is suspicion that someone intends to enter the station to perform an illegal act The letter described the practices committed by the security guards as discriminatory, as they are based on the racial screening rather than the afore-mentioned situations.

Adalah has repeated its earlier demands that the authorities put an end to the company’s racial screening and discriminatory actions.