On 3 June 2016, the International Network for Economic, Social and Cultural Rights (ESCR-Net) sent a letter to 34 presidents and prime ministers of Member States of the Organization of American States (OAS) to request that urgent measures be taken to resolve the severe financial crisis facing the Inter-American Commission on Human Rights (IACHR).

In a press release issued on 23 May 2016, the IACHR announced that the contracts of 40 per cent of its personnel will expire as of 31 July 2016, due to a lack of sufficient funds. Additionally, the Commission reported that it will be forced to suspend its 159th and 160th sessions, which had been scheduled for July and October, as well as planned visits for this year. According to ESCR-Net members, this crisis represents “a drastic undermining of the Commission’s ability to function as a regional human rights mechanism, with direct impact on access to justice for human rights violations, and serious consequences for the region’s political and economic stability and security.” 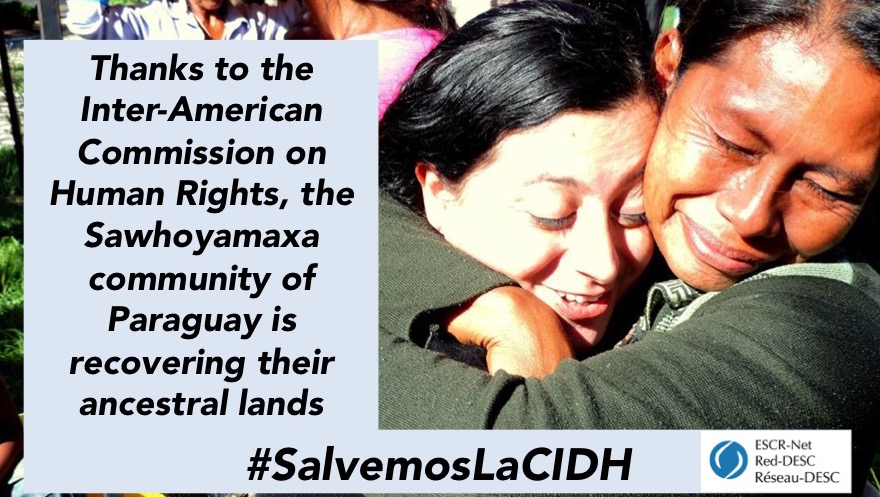 The letter – which was signed by all organizational and individual members of ESCR-Net, sent to the highest authorities of OAS Member States, as well as copied to the OAS Secretary General and the Permanent Representatives of each country – calls on governments to do the following:

Another key objective of the collective letter was to remind Members States of their commitments to uphold human rights and freedoms as parties to a range of key international human rights treaties and protocols, including the Additional Protocol to the American Convention on Human Rights in the Area of Economic, Social and Cultural Rights (‘Protocol of San Salvador’), and the Convention on the Elimination of All Forms of Racial Discrimination (CERD), among others. ESCR-Net members affirmed that adherence to these existing obligations has a direct impact on the international reputation of any State in the context of diplomatic interaction, as well as requests for international support and cooperation. 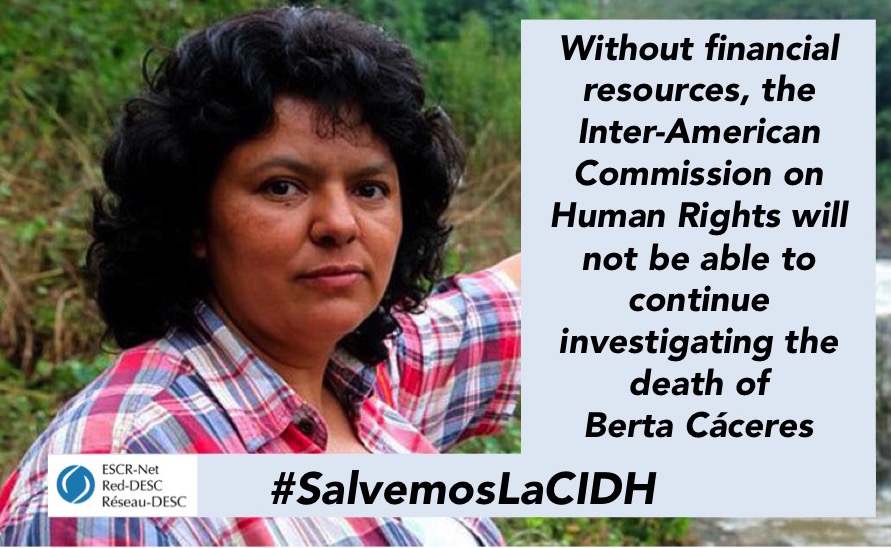 ESCR-Net members also noted that the IACHR has produced precedents that have served as persuasive normative standards for other regional bodies, constituting a strong regional system that has also legitimized OAS Member States in multilateral discussions beyond the Americas. As such, ESCR-Net members warned that a step back, by way of a weakened mechanism, could have serious adverse consequences.

Since the IACHR announcement, numerous ESCR-Net members have engaged in advocacy to protest the financial cuts, including signing on to other collective letters and statements.

The ESCR-Net letter sent to Member States of the OAS is available here.