On the occasion of International Women's Day (March 8), ESCR-Net members and allies, including members of the Women and ESCR Working Group, took action to promote and defend women's rights, including engaging in the International Women’s Strike to challenge intersecting forms of exploitation and oppression that hinder the realization of human rights. These actions on the part of ESCR-Net members and allies are part of efforts undertaken by women in more than 50 countries who have planned and organized today’s International Women’s Strike, a day of global strikes and protests, with the message that “Solidarity is our weapon.” 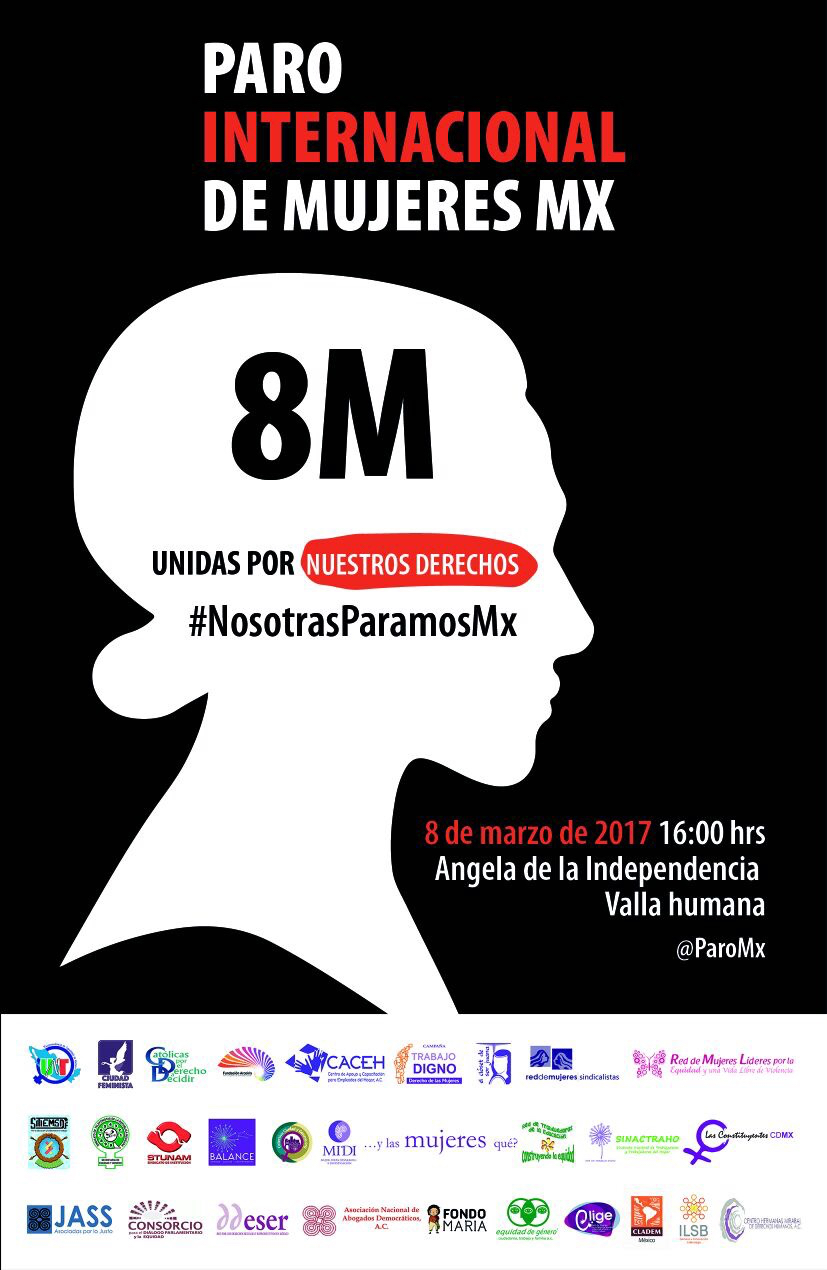 In Mexico, the Instituto de Liderazgo Simone de Beauvoir, in alliance with the collective Feminist City, is convening an International Strike of Women in Mexico, including forming a human barricade for 30 minutes in the center of Mexico City. In Argentina, the Centro de Estudios Legales y Sociales (CELS) is joining the strike and participating in a march in Buenos Aires; they are also publishing a chapter of their Annual Report focused on access to abortion. In the Dominican Republic, Fundación Étnica Integral’s efforts focused on migrants’ rights and making their presence more visible. In Bolivia, Red-Habitat actively participated in a series of events including both a women’s strike to demand their rights as well as a march in solidarity with a range of feminist and social organizations demanding equality and non-discrimination.

Observatori DESC in Spain joined the international strike and will march in Barcelona. The Georgian Young Lawyers’Association was promoting a demonstration hold by the Independent Feminists' Group on women's sexual freedom, a demonstration of the Georgian Women's Movement on women's political participation and a solidarity march of all women. In the US, the Center for Economic and Social Rights (CESR) is bringing a fiscal focus to International Women’s Day by supporting the Global Days of Action on Tax Justice for Women’s Rights.

In Asia, the Asia Pacific Forum on Women, Law and Development (APWLD) produced a toolkit for members and will be participating in the global strike. Nazdeek hosted a series of events with their female paralegals in both Assam and Delhi (India) to discuss issues that women face in their communities and recommendations they would like to make to local government officials. In Sri Lanka, the National Fisheries Solidarity Organization (NAFSO) marched to claim cultural and economic women’s rights with other five women's organizations in the country. In Nepal, Women’s Rehabilitation Center (WOREC) has issued a press statement in solidarity for the Global Strike, by calling for collective efforts across different movements to ensure gender equality. 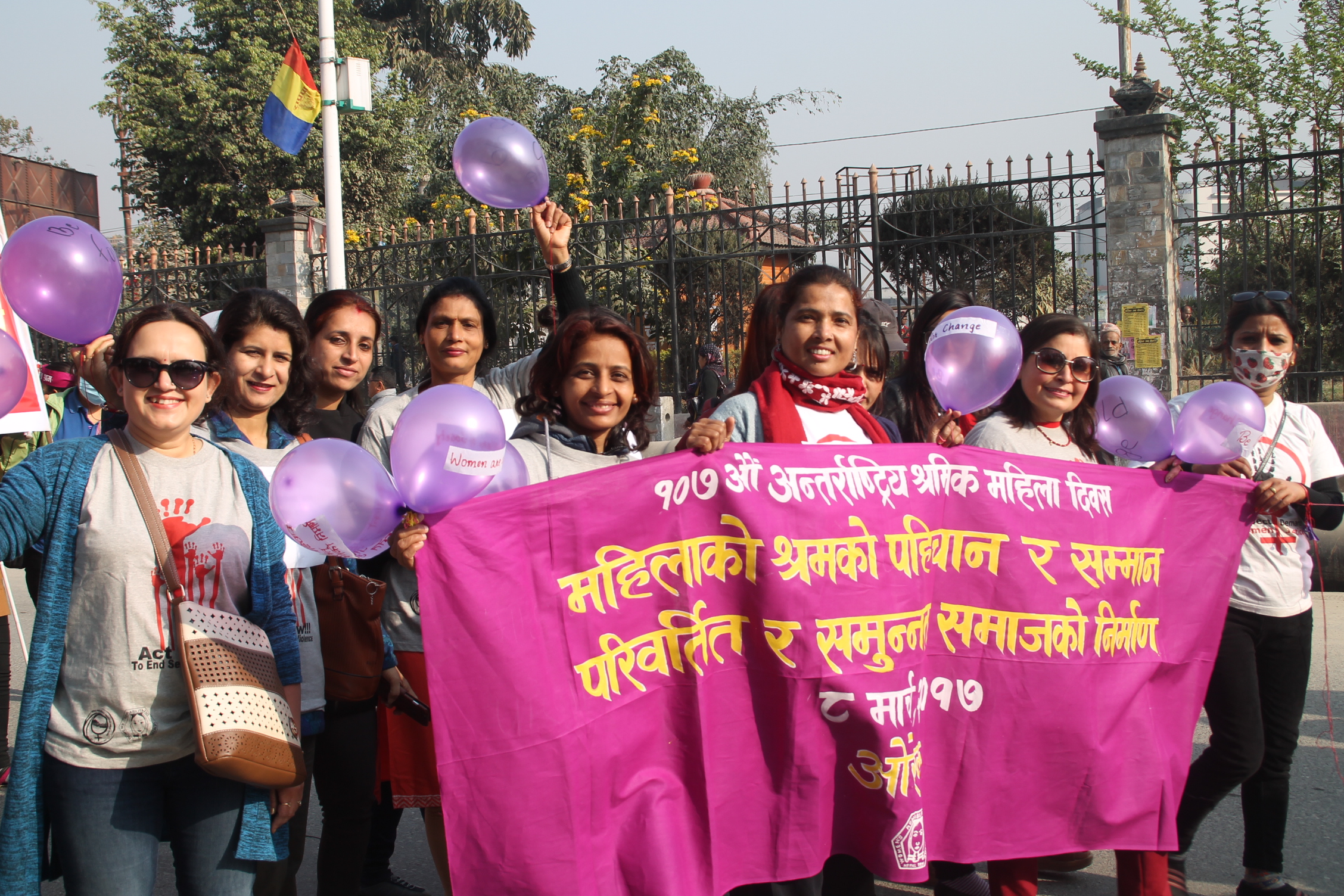 WLSA-Mozambique was involved in efforts against femicide, violence, labor exploitation and the subordination of women. In Lebanon, Arab NGO Network for Development (ANND) highlighted their work on the implications of taxes for women by writing an op-ed and an article.  Just Associates (JASS) participated in International Women’s Day in several countries where they are active, including Honduras (a march with the Honduran feminist movement), Mexico (demonstration in Mexico City), Cambodia and Philippines (a series of events with women allies), and Zimbabwe, Malawi and South Africa (several events and solidarity actions).

Today’s actions build on a number of notable previous strikes, including a women’s strike in Iceland in 1975; a day-long strike by Polish women in October 2016 to protest and defeat the criminalization of abortion; and a strike and mass mobilization in Argentina, also in October 2016, in response to femicide and police repression, which was then replicated in countries throughout Latin America and the Caribbean. In the United States, the organizers of the Women’s March have endorsed the International Women’s Strike “organized by and for women who have been marginalized and silenced by decades of neoliberalism directed towards working women, women of color, Native women, disabled women, immigrant women, Muslim women, lesbian, queer and trans women.” Under the slogan A Day Without A Woman, this event reaffirms a commitment to the Principles of Unity which formed the basis for the Women’s March and which highlight that any vision of equality must address women’s intersecting identities. Also worth noting as a historical precursor to today’s strike is the Global Women’s Strike, begun on 8 March 1999. A central aspect of the demands set out by the Global Women’s Strike is to value the entirety of women’s work and women’s contributions in particular by recognizing and paying for all care work that is disproportionately taken on by women. Perhaps most significantly, the struggles of working class women for recognition and rights as workers, political participation and gender equality formed the foundation for International Women’s Day more than a century ago.

The efforts that members of the Women and ESCR Working Group are participating in and leading today are a demonstration of the Working Group’s longstanding commitment to protecting and advancing women’s economic, social and cultural rights. Most recently, during the ESCR-Net Global Strategy Meeting (November 2016), the Working Group prioritized growing action on issues of women and work. The Working Group is planning a series of events to challenge intersecting forms of exploitation and oppression that undermine the human rights of women workers. These include: facilitating a workshop for fellow activists, organizing a wider public event at the Commission on the Status of Women and strategically considering new collective action to advance the rights of women workers, building on a deepening analysis of these issues around the world. This builds on the Working Group’s recent briefing paper, “The Intersection between Work and Women’s Economic, Social and Cultural Rights,” which supported a strong UN General Comment on just and favorable conditions of work. All of this work builds on core principles to the centrality of grassroots groups and social movements, gender balance in leadership and intersectional analysis. A renewed and deepened commitment to operationalizing these principles was further reinforced at the Global Strategy Meeting when members of the Network decided to include “intersectional analysis” as one of the key strategic objectives of the Network.